Log In • Sign Up
[New Racers] Please note that all new users need to be approved before posting. This process can take up to 24 hours. Thank you for your patience.

If this is your first visit, be sure to check out the Forums Code of Conduct: http://forums.kartrider.nexon.net/discussion/4/code-of-conduct 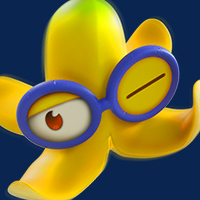 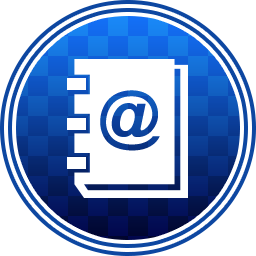 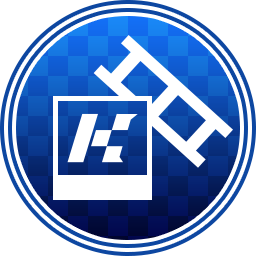 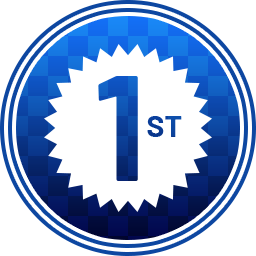 NO PURCHASE REQUIRED TO ENTER OR WIN.
A PURCHASE OF ANY KIND WILL NOT INCREASE CHANCES OF WINNING.

- “Entry” means a submission, an activity or set of activities directed by the Sponsor and completed and/or
submitted by a Participant as part of a Promotion and in accordance with these Rules.

- “Participant” means an eligible individual, submitting an Entry to participate in the Promotion, subject to
Section 2 (Participant Eligibility) below.

2. Participant Eligibility: The Promotion is open only to Participants who: (a) have never been banned or
suspended, or had an account banned or suspended, for hacking or similar violations of Sponsor’s license
agreements and/or Sponsor’s Privacy Policy (https://www.nexon.com/main/en/legal/privacy) and Terms
of Service (https://www.nexon.com/main/en/legal/tou); and (b) are at least thirteen (13) years of age as
of the start of the Promotion Period. Participants under the age of majority in their jurisdiction of residence
must have their parent or legal guardian’s permission to participate in the Promotion, and must provide
evidence of such permission to Sponsor in whatever form required if requested by Sponsor. Employees,
officers and directors of Nexon America Inc., its affiliated companies, agents thereof, the immediate family
of any such person (defined as parents, children, siblings and husband or wife), or those with whom such
person(s) are domiciled, are not eligible to participate. The Promotion is void where prohibited.

3. Agreement to these Rules: Participation in the Promotion constitutes the Participant’s full and
unconditional agreement to and acceptance of these Rules and the decisions of the Sponsor, which are final
and binding. Winning a prize is contingent upon fulfilling all requirements set forth herein.

4. Entry Timing: Entries that are submitted before or after the Promotion Period will be disqualified. Sponsor’s
computer will be the official timekeeping device for the Promotion. Participants are responsible for
calculating the difference in time zones.

5. How to Participate: To participate in the Promotion, Participant must submit an Entry during the Promotion
Period in accordance with the following:
a. Submit image(s) or a video of your creation to the #Entries channel in the official KartRider: Drift
Discord server.

6. Content Guidelines. All Entries submitted to Sponsor as part of the Promotion must comply with the
following :
a. Complete the items specified in Section 5.
b. Not contain material that violates or infringes another’s rights, including but not limited
to privacy, publicity or intellectual property rights, or that constitutes copyright or
trademark infringement;
c. Not in any way disparage Sponsor, any of its products or services, the Promotion, or any
person or party affiliated with the Promotion, or alternatively appear to promote any
direct competitor of Sponsor;
d. Not contain text or imagery that is inappropriate, indecent, obscene hateful, tortious,
defamatory, slanderous or libelous (as determined by Sponsor in its sole discretion);
e. Not include threats (expressed or implied) to any person, place, business, or group;
f. Not violate the privacy rights or any other rights of any person, business, or group;
g. Not name or depict any real life third party without his/her permission;
h. Not contain text or imagery that promotes bigotry, racism, hatred or harm against any
group or individual or promotes discrimination based on race, gender, religion,
nationality, disability, sexual orientation or age; and
i. Not contain material that is unlawful, in violation of or contrary to the laws or regulations
in any jurisdiction where the image is created.

Any Entry that violates the above guidelines will not be eligible to be judged or awarded a prize. Sponsor is
not responsible for lost, late, incomplete, invalid, illegible or misdirected Entry, which will be
disqualified/not counted (as applicable), or for any error, whether human, technical or otherwise. Sponsor
reserves the right in its sole discretion to disqualify any Participant it finds to be tampering with the
operation of the Promotion, such as using automated submission or image generation software, or to be
acting in violation of these Standard Contest Rules. Any inappropriate content (both visual and verbal) will
be disqualified, and the Sponsor reserves the right to immediately ban the Participant from the applicable
platform. In the event of a dispute as to the identity of an Participant, the authorized account holder of the
account that is used to participate in the Promotion will be deemed to be the Participant. The “authorized
account holder” is the natural person who is assigned to an e-mail address by an Internet access provider,
online service provider, or other organization responsible for assigning e-mail addresses for the domain
associated with the e-mail address registered for the account.

7. Intellectual Property: By submitting an Entry as part of this Promotion, each Participant acknowledges and
agrees to the following:
a. Participant irrevocably grants to the Sponsor, its agents, licensees, and assigns the unconditional
and perpetual (non-exclusive) right and permission to copyright, reproduce, encode, store, copy,
transmit, publish, post, broadcast, display, publicly perform, adapt, modify, create derivative
works of, exhibit, and otherwise use the Entry or any part thereof as-is or edited (with or without
using any Participant’s name) in any media throughout the world for any purpose, without
limitation, and without additional review, compensation, or approval from any Participant or any
other party.
b. Participant forever waives any rights of copyrights, trademark rights, privacy rights, and any other
legal or moral rights that may preclude the Sponsor’s use of the Entry, or require any Participant’s
permission for the Sponsor to use the Entry.
c. Participant agrees not to instigate, support, maintain, or authorize any action, claim, or lawsuit
against the Sponsor on the grounds that use of the Entry, or any derivative works thereof, infringes
any rights that any Participant or third party may have as creator (or co-creator) of the Entry
including, without limitation, copyrights, trademark rights, and moral rights.
d. Participant irrevocably grants to Sponsor, its agents, licensees, and assigns an unconditional,
worldwide, royalty-free and perpetual (non-exclusive) right and permission to use the Participant’s
name, image, voice, and other likenesses that are included in the entry or which are shared with
Sponsor as part of Participant’s participation in the Promotion, in any media now known or later
invented for any commercial purpose, including without limitation advertising or marketing of
Sponsor’s products and services, without further compensation or the right to approve such uses.

9. Prizes: Once confirmed, the prizes to be awarded to each winner in connection with the Promotion will
be:

• Three (3) winners with the most votes will get the "Art Racer" Discord role.

Limit one (1) prize package per Participant. Any prize details will be determined by the Sponsor in its sole
discretion. If applicable, credits, virtual items or other prizes are in-game items and have no cash value. No
cash or other substitution is allowed except by the Sponsor who may substitute a prize (or component
thereof) with another prize (or component thereof) of equal or greater value, as determined by the Sponsor
in its sole discretion. A prize (or part thereof) is not transferable or refundable and must be accepted as
awarded. The winners are responsible for any and all other costs and expenses not listed above. Winners
will be responsible for payment and reporting of all applicable taxes associated with the receipt and usage
of a prize. Sponsor may report the receipt of any prize to the appropriate federal, state, or local taxing
agency(ies). Please allow at least thirty (30) days from completion of the judging process for the in-game
prizes to be reflected in the winners’ accounts.

11. Privacy and Publicity: Except as set forth herein, all information submitted by Participants in the Promotion
will be treated according to the Sponsor’s Privacy Policy (https://www.nexon.com/main/en/legal/privacy).
Except where prohibited, participation in the Promotion constitutes Participant’s consent to the Sponsor’s
use of his/her name, likeness, voice, opinions, biographical information, and country and state or province
of residence for promotional purposes in any media without further payment or consideration.

12. Indemnification: By entering, Participants agree to defend, indemnify and otherwise hold Sponsor, its
parent and affiliated companies, and the agents, officers, directors, and employees of each (collectively the
“Released Parties”) harmless from and against any and all liability of any nature whatsoever arising out of
or relating to:
a. any technical errors that may prevent Participants from participating in any way;
b. unauthorized human intervention in the Promotion;
c. errors in the administration of the Promotion; and
d. injury, death or damage to persons or property which may be caused, directly or indirectly, in
whole or in part, from Participant’s participation in the Promotion or receipt or use of any prize,
including any such claim by the Released Parties’ employees or any third parties.
Participant further agrees that in any cause of action, the Released Parties’ liability will be limited to the
cost of entering and participating in the Promotion, and in no event shall the Released Parties be liable for
attorney’s fees. Participant waives the right to claim any damages whatsoever, including, but not limited
to, punitive, consequential, direct or indirect damages.

13. Disputes: Except where prohibited, all Participants agree that any and all disputes, claims and causes of
action arising out of, or connected with, the Promotion or any prize awarded shall be resolved individually,
without resort to any form of class action, and exclusively by the appropriate court located in Los Angeles
County, California, United States of America. All issues and questions concerning the construction, validity,
interpretation and enforceability of these Official Rules, Participant’s rights and obligations, or the rights
and obligations of the Sponsor in connection with the Promotion, shall be governed by, and construed in
accordance with, the laws of the State of California, United States of America, without giving effect to any
choice of law or conflict of law rules (whether of California or any other jurisdiction), which would cause
the application of the laws of any jurisdiction other than California.

14. General Conditions: In the event that the operation, security, or administration of the Promotion is
impaired in any way for any reason, including, but not limited to fraud, virus, or other technical problem,
the Sponsor may, in its sole discretion, either (a) suspend the Promotion to address the impairment and
then resume the Promotion in a manner that best conforms to the spirit of these Official Rules or (b) award
the prizes from among the submissions received up to the time of the impairment. Any attempt by any
person to undermine the legitimate operation of the Promotion may be a violation of criminal and civil law,
and, should such an attempt be made, the Sponsor reserves the right to seek damages from any such person
to the fullest extent permitted by law. Failure by the Sponsor to enforce any provision of these Official
Rules shall not constitute a waiver of that provision. By participating in this Promotion, all participants
acknowledge that the Promotion is in no way sponsored, co-sponsored, endorsed or administered by, or
associated with Twitter, Twitch, Instagram, Facebook, Discord, Youtube, or other such social media sites
(“SMS Providers”), and hereby expressly release such SMS Providers from all claims and demands, known
or unknown, arising from their participation in the Promotion. Any questions, comments, or complaints
regarding the Promotion should be directed to Nexon America Inc., and not to such SMS Providers.